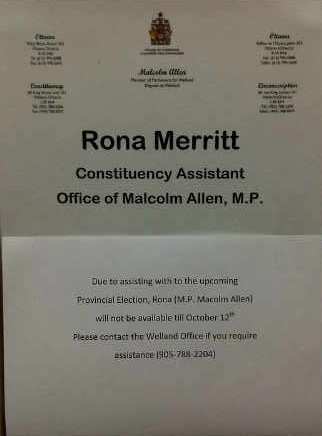 Don’t come knocking on Malcolm Allen‘s door until after October 6.

The NDP MP from Welland, Ont., has closed up his Parliament Hill office until after the Ontario provincial election. A note on the door refers visitors to his constituency office, which remains open.