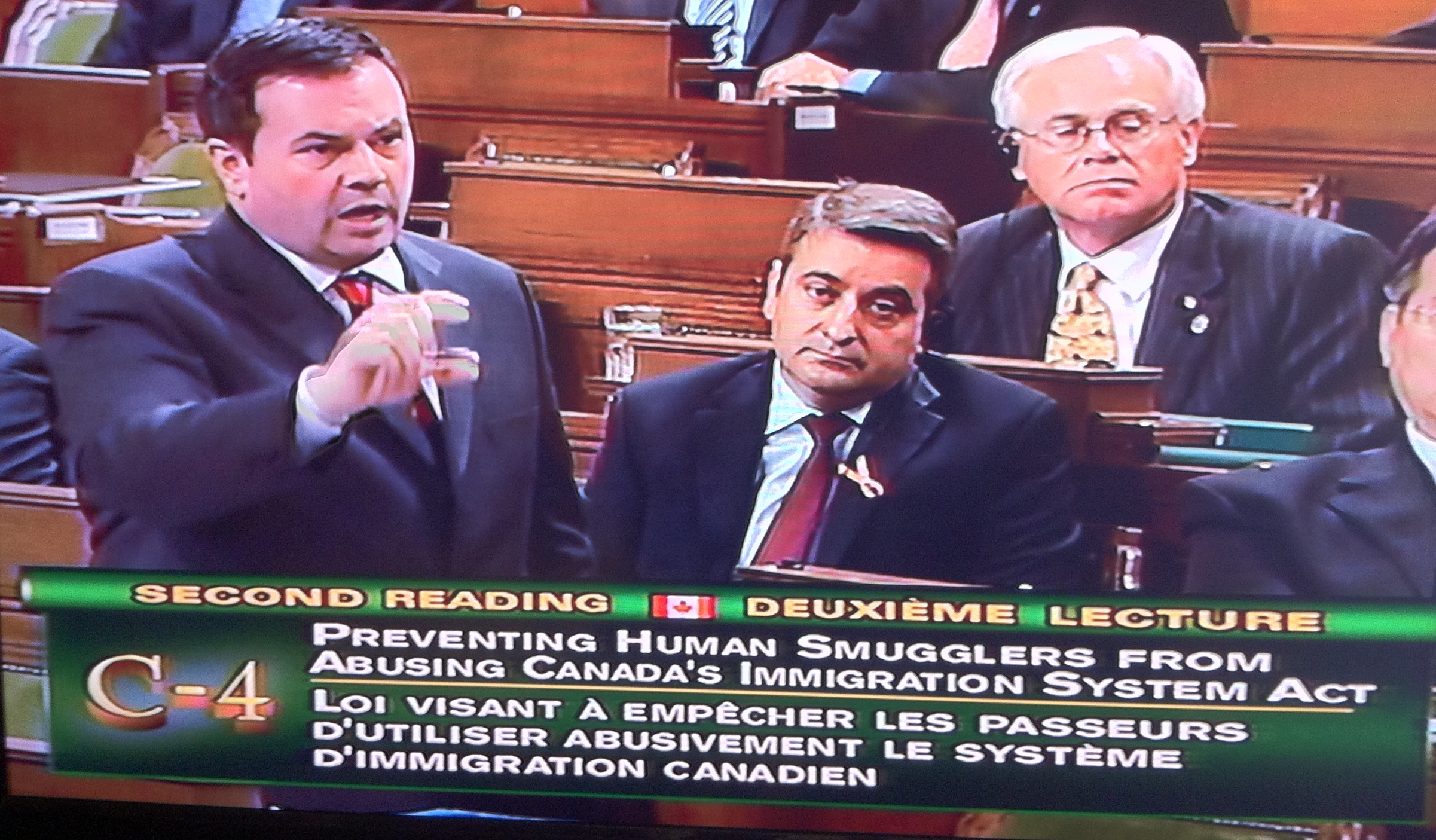 Bob Dechert, right, laying low in the House of Commons on Monday.

Dechert put out a statement on Sept. 9 saying the “Love, Bob” emails sent to Xinhua News Agency Toronto correspondent Shi Rong were only “flirtatious” and insisted his relationship with her was but an innocent friendship. Since then, radio silence, even as Shi  relocated back the Middle Kingdom.

Dechert has been in the House of Commons this week, but has so far evaded reporters who might want to ask follows up questions about the relationship, given that it reportedly triggered CSIS and RCMP investigations to ensure state secrets were not passed onto Xinhua.

Dechert hasn’t been seen in the foyer outside the House of Commons before Question Period, where MPs traditionally enter, nor could he be seen arriving for Wednesday’s Conservative caucus meeting in Centre Block.

Yet, Houdini-like, he appears in the House chamber and can be seen CPAC coverage whenever a minister in front of him stands to speak, even as he remains elusive to reporters mere metres aways, outside in the foyer.

Today, my Press Gallery colleague Tom Korski, a Hill Times columnist, spotted Dechert arriving before Question Period via the loading dock at the back of Centre Block, in an apparent attempt to further dodge reporters.

Dechert pulled up in the front seat of a maroon coloured mini-van, driven by a person unknown (as a parliamentary secretary, Dechert does qualify for a car and driver).

Korski managed to get off a few questions before Dechert fled inside through the loading bay at the back of the building.

Korski: “Did you ever discuss your trip to China with your Xinhua friend?”
Dechert: “No.”

Korski: “Did you discuss work of any kind?”
Dechert: “No.”

Korski: “When you were travelling to Beijing, that never came up?”
Dechert: “No, never.”

Korski: “Can I ask why you are taking the loading dock to work?”
Dechert: “I have work to do.”

There you go. An MP, accountable to the people.

One thought on “Backdoor Bob Dechert, hiding on the Hill”