Readers will be familiar with my ongoing and sometimes pedantic campaign against the use of stock photography in political communications, particularly when it’s bought from outside the country.

Is it really too much to  expect our political leaders to commission, or at least buy, pictures from Canadian photographers?

Today, a new example appearing in a prominent position on the Conservative Party of Canada’s website. The picture of a father and son hunting some kind of fowl appears next to a come-on for a petition to scrap the federal long-gun registry. 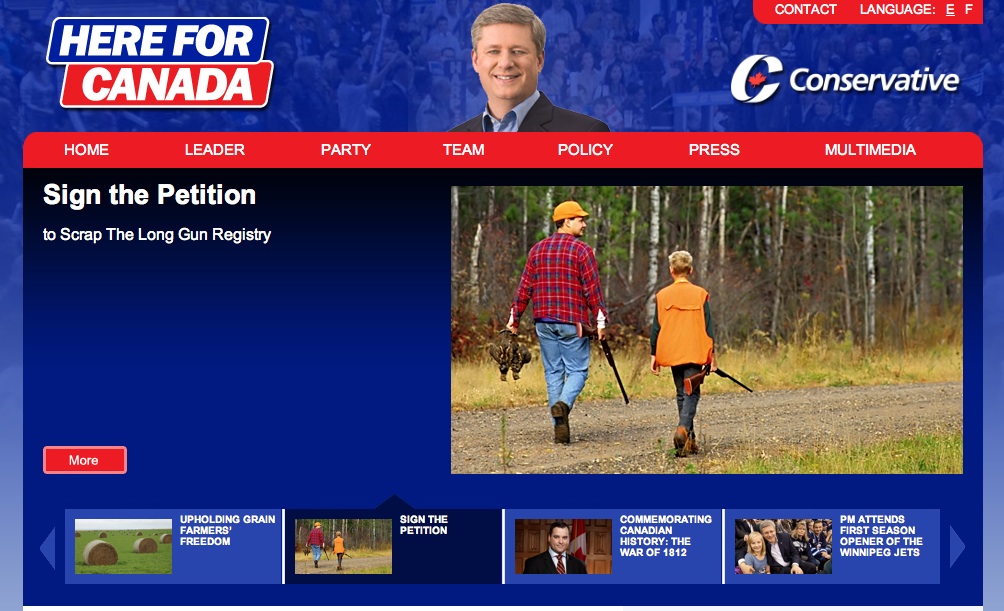 Curiously, the same father-son combo  appears on the state of Maine’s website about landowner rights… 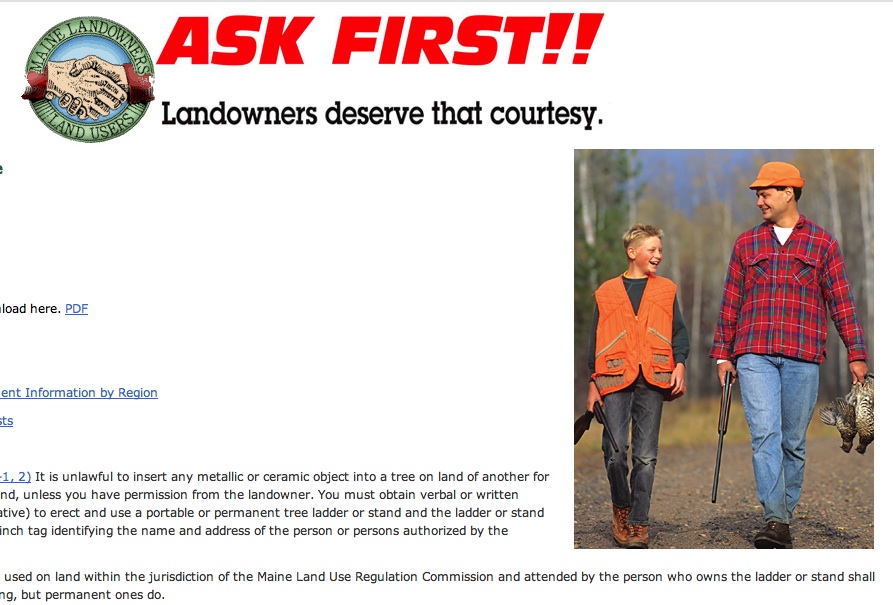 Turns out the pictures were taken by Minnesota-based photographer Lawrence Sawyer. You can buy them here: 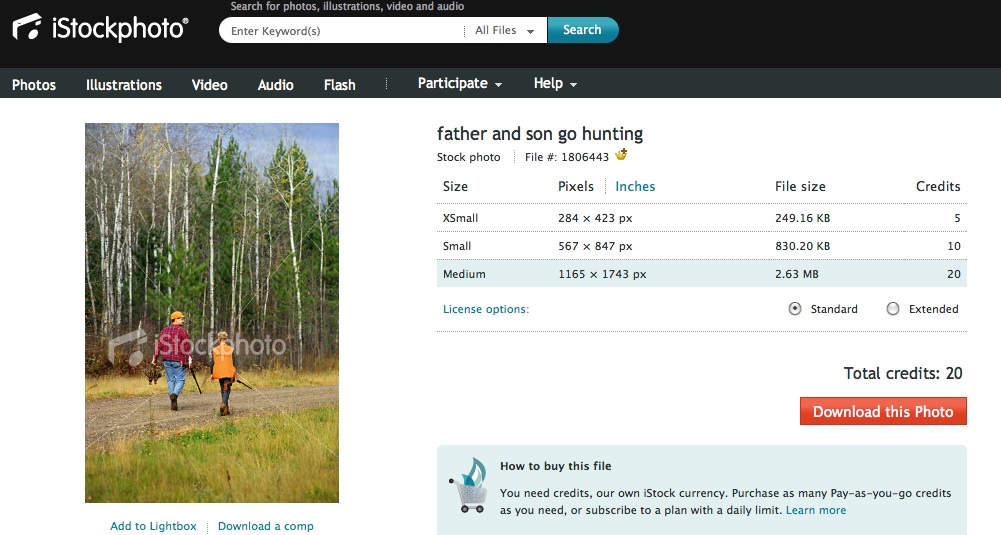