Fresh off the not-so-serious uproar over Foreign Minister John Baird’s Batemanesque business cards (“That’s Bone“), there was much hilarity in the Hotroom today over cards sent up to our newest colleague. Here in Consensus Media Party HQ, we are easily amused.

(In the Hotroom, McLeod is now and will forever been known as “New Maher,” largely because it allows us to call his predecessor “Old Maher.” Outside the Hotroom, he’s known as The Other Colin Horgan (of ipolitics.ca), a nod to the similarities of their hipster-geek looks. But I digress.)

The Herald correctly spelled McLeod’s name on the business cards that arrived for him today and also got his numbers right, too — a task I have yet to manage with my cards.

But check out the verso image, apparently intended for a women’s shelter or community centre, that made it onto McLeod’s card… 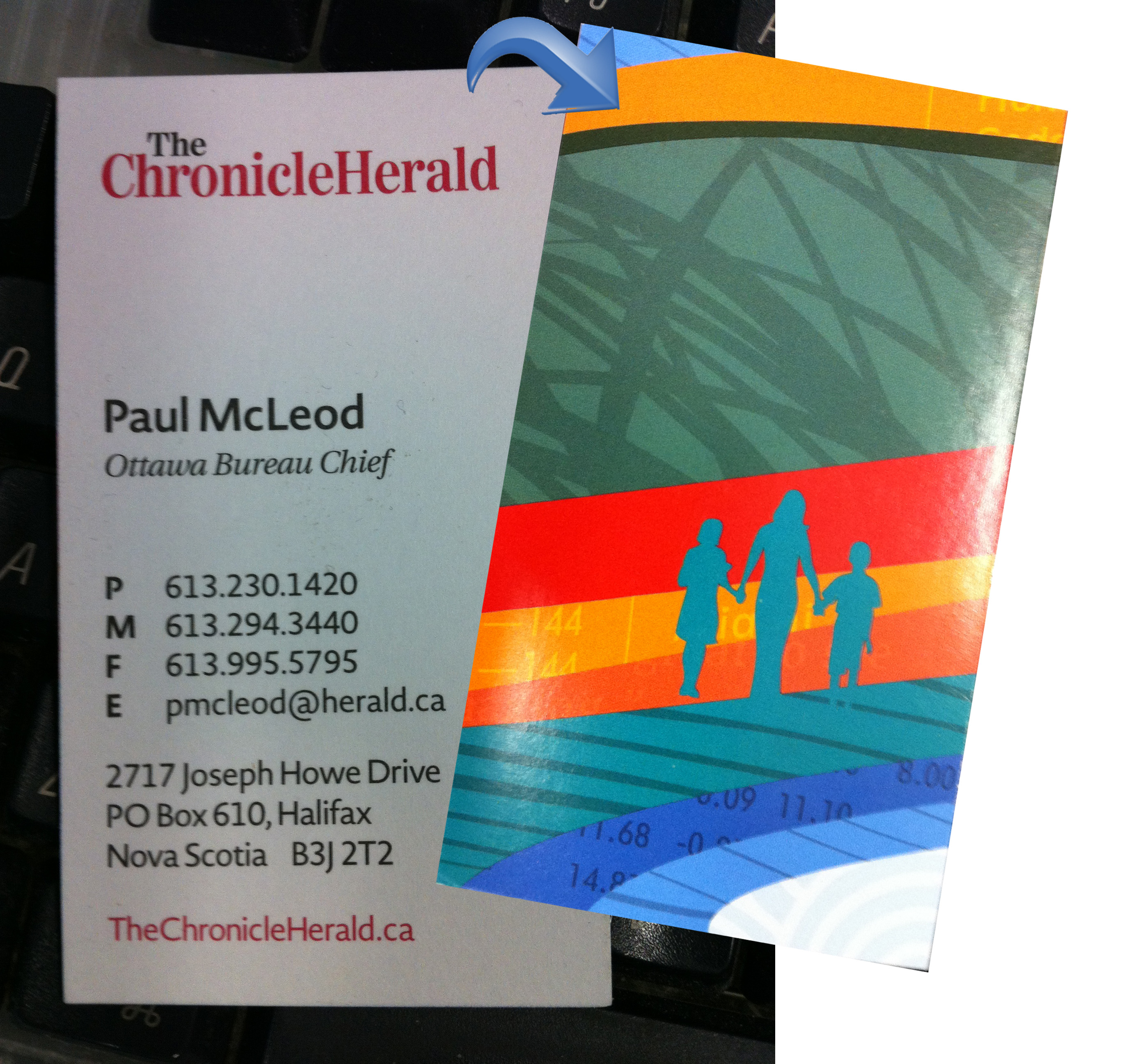